Tune in on December 19th to NEWSTALK 1010’s Gift of Giving for SickKids and help build the new SickKids. Our very own SickKids patient, Hartley, will co-host the event with Ryan Doyle and Jay Michaels. Show your support by tuning in and becoming a monthly donor today.

TuneIn to the Broadcast Live!

Click the play button to tune in to the broadcast, live!

Hartley spent the first 100 days of his life at SickKids. During this time Hartley was given his first stoma, an opening in his abdomen to empty waste. He received his stoma and permanent IV at only a few days old and these are still important to keeping Hartley alive and healthy to this day. Once he was stable enough to come home, Hartley’s parents, Ashley and Daniel, quickly learned how to be his full-time nurses. He was on Total Parenteral Nutrition (TPN) feeding for two years and his parents still give him 16 hours of IV medication and painful injections to this his blood daily.

Ashley and Daniel attribute their son’s life to their doctor and the GIFT (Group for the Improvement of Intestinal Function and Treatment) program at SickKids. “When he was diagnosed at one day old, we were informed that if he had been born just five years earlier, before the foundation of the GIFT program, he likely would not have survived,” said Ashley.

On January 1, 2019, Roux’s parents brought her to the emergency department of their local hospital. For weeks she had been unwell, vomiting, low energy, poor colour. An abdominal ultrasound was done and then a chest X-ray. Within 20 minutes of the x-ray, Roux was in an ambulance, speeding to SickKids.

She was diagnosed with liver cancer (hepatoblastoma), stage four, with metastases in her lungs. Roux began intensive chemotherapy on January 4. She was placed on a ten-cycle chemotherapy treatment protocol. She had surgery to resect the primary tumour on her liver part-way through the protocol, after four cycles of chemo.

Roux completed her tenth round of chemotherapy on June 12, 2019. In October, a post-chemo scan revealed that Roux’s cancer had recurred, or possibly never been completely eradicated by the chemo. There were spots in her lungs. She is back in treatment.

Of SickKids, Gillian, Roux’s mom says: “SickKids is the most remarkable medical facility I’ve ever had to deal with. The care and compassion from every individual in the hospital, from the lead oncologist to the kind people who keep our room as clean as possible during our stay, is bar none, the most detailed and thorough we’ve experienced. SickKids continues to impress us each and every time we are there... which is often. They think of everything and not only are patients the top priority, but their families are as well, and we feel that in abundance with each visit.” 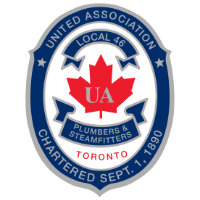 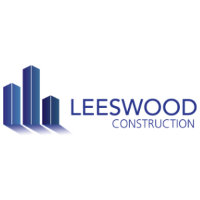 SickKids VS: This Is Why

Tanika Is Why We Fight

Sahara Is Why We Fight

Natasha Is Why We Fight

Krish Is Why We Fight

Jordan Is Why We Fight

For any questions or inquires: